Are you that guy, who is afraid to say anything in social groups, because if you make a mistake, everybody will be looking at you, and you will feel super embarrassed because of it?

Well then, here is an exercise for you, to get rid of social anxiety, once and for all.

Let’s see the psychology behind it.

One of the best exercises to get rid of social anxiety

Before we jump to the exercise on how to get rid of social anxiety, let’s see what happens in a socially anxious mind.

That whenever they do something wrong, others see it, and most likely they judge it.

So, if we see it from this angle, it’s pretty understandable to be afraid of making any mistake, if we truly believe, that whatever we do, others are watching us, and we are instantly being judged. Isn’t it?

But the reality is, that everybody is minding their own business.

So here is a rule for you, and then we get straight to the exercise:

But it’s not enough to just know about it, because somehow you need to feel it on your own skin, to actually be convinced.

The exercise – How to get rid of social anxiety

The exercise: Just give a compliment to a random person on the street, and keep going.

It can be a girl or a guy, it doesn’t matter. Don’t stop to have a conversation. Just give a compliment, and that’s it.

And yes, it might feel weird at first, but that’s totally normal.

How this exercise is actually going to help you?

You see, if we’re afraid of social interactions, we certainly have some internal beliefs which are telling us to stay away from it.

We all have these theories about what could happen in certain situations, which eventually could create some limiting beliefs.

So, we got to convince ourselves, that it’s actually not a big deal to talk to people, by experiencing it, and feeling it on our own skin.

And this one can be a perfect starter exercise to convince yourself about it.

So. Three things can happen by doing this exercise:

Plus, it only takes less than 5 minutes per day. In the beginning it’s going to take a bit longer, so don’t worry about that, but as you get in the habit of doing it, it will take you just a few minutes.

So at this point, you might have a lot of question in your head.

A lot of objections.

But, I want you to focus on this one question for a moment.

What’s the worst that can happen?

Again. What’s the worst that can happen?

After all, it was just a compliment.

It was just a kind gesture.

And if someone can’t take these words in a good way, then I think there is something wrong with them, not you.

So, don’t feel weird about it.

These are just some kind words, and there is nothing bad about it.

But again, it’s not enough that you see the logic behind it, you have to actually convince yourself, and you can only do it by going out, and by feeling it on your own skin.

So, just go out, give it a try, and train that social muscle a bit.

And if you tried it and still feel like you can’t do it, then don’t worry, you’ll just have to break the ice, and after that everything will work more smoothly.

When you do this exercise, try to pay attention to people’s faces on the street.

Try to put yourself in their shoes for a moment, and try to imagine, what could be going on in their heads.

Either way, when you do this exercise, just try to find out whether these people are in their own heads, or are they paying attention to you.

If you take a closer look and make an average, then maybe it will convince you, that they really don’t care, and that everybody is just minding their own business.

So, if you’re skeptical about it, I recommend you to try it out.

And when the ice breaks for you, then next time, when you do a mistake in a social circle, you won’t have that super awkward feeling again, and you won’t have the sensation that everybody is watching you and judging you because of it.

It’s really not a big deal.

So, try not to put too much emphasis on it.

Continue the system with the next small bite, here.

If you don’t know about this system yet, BUT you truly want to find your ideal partner, then see the full 10-step system here. 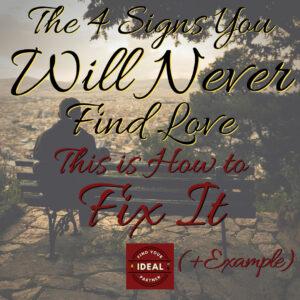 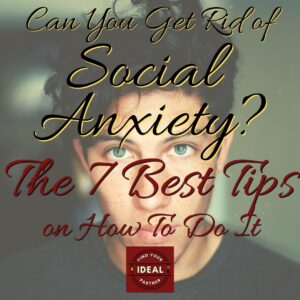 Can You Get Rid of Social Anxiety? – The 7 Best Tips on How To Do It 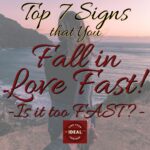 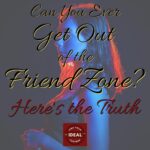