Well, let’s find out, if a girl calls you bestie are you friendzoned, and what can you do about it.

It’s a hard pill to swallow. But it is the cold truth.

I think it happened to all of us. At least once in our lives.

We simply wanted to show her, how great of a person, we truly are.

And here comes the day, when she’s calling us her bestie, or her best-friend.

Plus, seeing her with someone else, who can’t even take care of her that well, breaks our heart even more.

It can be so painful and disappointing.

Related: Am I in the Friend Zone Quiz

So, if a girl calls you bestie, are you friendzoned for real?

Being called bestie only means that you’ve spent too much time being a nice guy, and now she doesn’t know how to let you know that she’s not attracted to you, in a polite way, that won’t hurt your feelings.

Also, there is another chance that she doesn’t want to “lose” your companionship, since you are a great support for her.

You are a kind person with a big heart.

And there is nothing wrong with being a kind person, don’t get me wrong.

But how could she actually offend or hurt your feelings, when you are this kind to her?

Unfortunately, when a girl calls you bestie, she just doesn’t want to hurt your feelings, and she wants to play it in a polite way.

Because being a bestie only means, that she isn’t looking at you as a potential partner, but rather as a great friend.

Is it possible to renegotiate things and to get out of the friend zone?

YES, it is possible to get out of the friend zone, BUT, it is not going to be easy.

I’m going to be straight forward with you for a moment.

Since she already labeled you as a nice guy, it is going to be hard to change the way she looks at you.

Unless you find the courage, and finally make it man to woman.

But don’t expect her to jump into your laps right away.

She needs time to process your intentions, and you need time to actually become that person, who truly means it.

Because, as the law of attractions states it:

It has to be a DEEP CHANGE on a core level.

And that’s why ultimately you have to BECOME, rather than just state it, and wait for miracles to happen.

So, is being called bestie a sign that you’re friendzoned? YES, unfortunately it is.

And is it possible to renegotiate things? YES, it’s possible to get out of the friend zone, but it’s a relatively harder task to do, and you’ll have to be prepared, that it takes a longer time. Also, you have to be willing to put in the work, and to truly become that person, who won’t be treated as a bestie or a best friend anymore.

Thank you for being here and reading through.

If you’re still not sure how to get out of the friend zone, then get a free copy of my PDF training down below.

A step-by-step training about how to get out of the friend zone and how to attract her for real.

Get a Free Copy

It’s a step-by-step training, explaining exactly how you can get out of the friend zone and attract her for real. You can get instant access to it by simply subscribing to my newsletter.

Am I in the Friend Zone Quiz 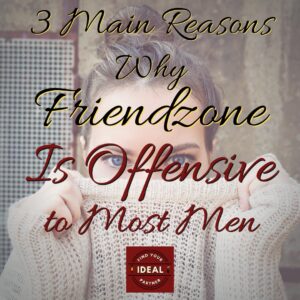 3 Main Reasons Why Friend Zone Is Offensive to Most Men 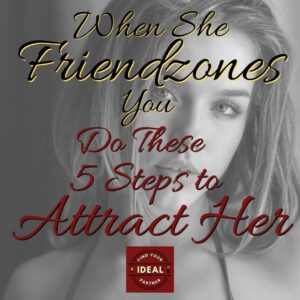 When She Friendzones You Do These 5 Steps to Attract Her 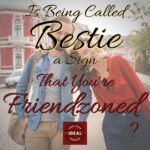 Is Being Called Bestie a Sign That You’re Friendzoned? 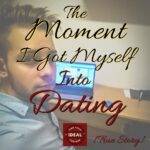 The Moment I Got Myself Into Dating [True Story]